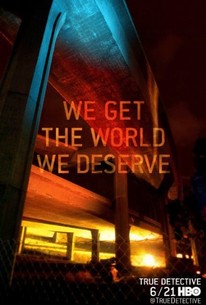 A bizarre murder brings together three law-enforcement officers and a career criminal, each of whom must navigate a web of conspiracy and betrayal in the scorched landscapes of California.

9 TV Shows You Should Binge-Watch This January
Which Movie Star Fared Best on TV? Julia Roberts in Homecoming and More Small-Screen Debuts
13 Reasons Why and 10 More Shows With Sophomore Slumps

It's that the second season of True Detective feels ordinary while the first felt extraordinary... The ordinariness is a quality that weighs heavily on True Detective because its cop-show genre is all over TV.

All of the lead actors dig deeply into their roles, with Farrell playing the wary, weary burnout to perfection, and Vaughn shifting into full-throttle intensity.

It may be impossible for it to strike TV lightning twice, but True Detective in its second iteration definitely has a charge.

There's a lot of plot that makes the first couple of episodes a bit difficult to ease into, but at the end of the second episode, Pizzolato's penchant for abrupt violence with a side of freakiness will leave you with panting for more.

True Detective is a very different beast in its second season: less Cthulhu and more garden-variety lizard. It doesn't haunt so much as slither.

Is it the breakthrough, landmark television of the first season? No. But it is a rock-solid crime drama with film caliber production values, intriguing plotting and great performances.

A strange combination of slick overproduction and basic incompetence.

There's no problem with the acting talent or the pungently evocative cinematography, but what we need to know is whether this new series can carve itself a niche distinct from its rather-too-familiar antecedent.

There are virtues in the second season of 'True Detective' that are forming an intimate and strong coherence between the two deliveries. [Full Review in Spanish]

By episode three this year, we're no closer to understanding how any of its leads fit together in their differing dynamics, or which investigation (of several corruption scandals) to follow.

Following in the footsteps of the groundbreaking, breath-taking and undeniably brilliant first season, the second season of True Detective finds the series still relevant, yet problematic. Featuring an ensemble cast of Vince Vaughn, Rachel McAdams, and Taylor Kitsch, with equally impressive producing credits, the show is formidable, at least on paper. The cast, to be sure, elevates the material in nearly every way. The performances are crisp, brooding, and engaging, with rich dialogue and strong chemistry. This speaks to the season’s biggest asset, the execution, especially with direction, is enthralling. The scenes are atmospheric, the performances often mesmerizing, and the action detached yet realistic and impacting. The biggest indictment against the second season is the convoluted plot, which feels like a B neo-noir film strung out to nearly ten hours. There are too many twists, too many characters, and not enough coherence. Even the seasoned viewer will find themselves wanting to give up on following the intricacies of the plot, and simply enjoy the dazzle instead. To its credit, it’s staged well enough that we seldom get too frustrated with the confusion, yet this catches up to the writers in its finale, which is neither satisfying nor coherent. Still solid, but a noted step back. 4/5 Stars

Muddled storytelling drags it down. Characters weren't as interesting as season 1, and there were simply too many of them

This season is really a huge step down from the first season, but that doesn't mean that the season isn't good. It takes some time to get used to the new cast but Taylor Kitsch, Rachel McAdams and Colin Farrell are really good in the show and their characters are really relatable; maybe even more relatable than the characters we got in the first season even though the acting was WAY BETTER. Vince Vaughn stands out and I actually love his performance in this show, because you never know if he is actually a good guy, or if he really is the villain. I think I'm probably looking a lot more positive on this show than many other people do, but I am also able to look away from the fact that this is a completely new setting and if you do that, this is actually a very good season.

https://multiscreenmotivision.wordpress.com/2015/06/30/true-detective-season-2/ THe Only good Thing(s) were Colin Ferrell and Taylor Kitsch being in it.