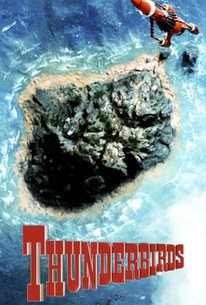 An eccentric millionaire and his five sons make up an international rescue team who use a Thunderbird spacecraft to come to the aid of those in dire situations. The British sci-fi series, set in 2065, was the most popular of Gerry and Sylvia Anderson's `supermarionation' adventures and their first hourlong show. It spawned two feature films, `Thunderbirds Are Go' (1966) and `Thunderbird 6' (1968), as well as a 2004 live-action version.

The adventures of these futuristic flyboys are still wonderfully hokey looking and absolutely distinctive.

What the team which manipulates these puppets so brilliantly has succeeded in creating is a modern fairy-tale...

Thunderbirds represents Anderson and his team at their most popular and powerful... you're pretty much in for a treat.

Seeing the occasional wire merely adds to the charm and their dialogue is a welcome contrast to the tiresome, frenetic, wisecracking of so many modern computer-generated characters.

A terrific '60s TV series with plotlines (usually a variation on spaceship-in-distress) all but guaranteed to send an 8-year-old's pulse racing.

There are no featured audience reviews yet. Click the link below to see what others say about Thunderbirds: Season 1!