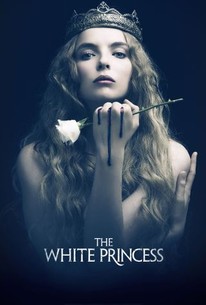 Season 1 of the historical fiction series based on a novel by Philippa Gregory follows the events that took place in the miniseries "The White Queen." After defeating Richard III, King Henry Tudor (Jacob Collins-Levy) marries Elizabeth of York (Jodie Comer) as a way to unify the kingdom; however, the two hate each other due to personal and political differences. As Henry tries to do what's good for his people and make the marriage work, "Lizzie" conspires with her mother Dowager Queen Elizabeth Woodville (Essie Davis) to dethrone the Tudors. When Prince Arthur is born, his two parents find common ground and might decide to work together, much to the dismay of both their houses.

Nope. I don't know if it's period TV that's not right for me, or if I'm just not English, but man oh man I wasn't following any of it.

The White Princess is not historically accurate... But where it deviates, it does so creatively and in a way that proves the show really has something to say.

Lacy Baugher
The Tracking Board

I was on the edge of my seat while watching the first few episodes, and I could watch Essie Davis and Michelle Fairley attempt to outmaneuver each other all day long.

If you like British royal history dramas (and there are quite a few to choose from at this point), The White Princess will prove itself very entertaining.

The costumes are amazing, the exposition dumps are impressively efficient, and while some of the interiors seem far too bright, at least they're not quite as blindingly lit as those of some other period dramas.

It's a soap opera in medieval robes with daytime-drama-style background music and the king's heavies storming houses shouting things such as: "I can smell the women!"

Like Gregory's novels, the series excels in its authentic portrayal of its characters, particularly the women.

I was on the edge of my seat while watching the first few episodes, and I could watch Essie Davis and Michelle Fairley attempt to outmaneuver each other all day long.

The series grounds itself in the journey of its titular heroine with a sharp understanding of a new queen's difficult, often precarious position.

Some of the situations and characters have been tweaked for dramatic purposes. But the actual events of this story still have enough in play to make this a riveting watch.

There are no featured audience reviews yet. Click the link below to see what others say about The White Princess: Season 1!

Discuss The White Princess on our TV talk forum!