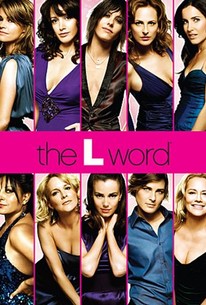 The fifth season of the ms.-adventures of the "bisexual and sapphically inclined ladies and their friends," as Alice (Leisha Hailey) states, once again finds them engaged in all sorts of shenanigans. In the season's ongoing story line, Jenny (Mia Kirshner) finagles a chance to direct the movie of her book and hires an assistant (Malaya Rivera Drew) whose intentions are suspect. Jenny's friends express disappointment in the actresses portraying them in the film adaptation of her roman à clef, but she already has her hands full with the problematic star (Kate French). Shane (Katherine Moennig) is involved in copious sexcapades and continues to utilize her uncanny ability to seduce any woman in the lesbian universe. Only this time, her roving libido puts a crimp in her relationship with the beautiful Paige (Kristanna Loken). Elsewhere, Max (Daniela Sea) begins a relationship with the interpreter for Jodi (Marlee Matlin); workaholic Bette (Jennifer Beals) winds up in the arms of a former lover; and dating woes plague the extremely picky Tina (Laurel Holloman), but her luck appears to change when she spends an enchanted evening with a stunner she met online. The reason why Tasha (Rose Rollins) didn't go to Iraq is revealed as she gets slapped with a discharge for homosexual conduct and saddled with a homophobic military lawyer. Club owner Kit (Pam Grier) faces several business challenges, including new competition in Shebar, "L.A.'s first superhot girls only club." And it's not long before Kit and her posse find themselves in a catfight with the cutthroat lesbians (Elizabeth Keener, Alicia Leigh Willis) who own Shebar.

Ben Ratner
as Suit No. 1

Marrett Green
as Anchor No. 1

Gabriel Carter
as Suit No. 2

Val Cole
as Anchor No. 2

7 TV Shows You Should Binge-Watch This December

LGB Tease Look Out, Here They Come! Lady of the Lake Let's Get This Party Started Lookin' at You, Kid Lights! Camera! Action! Lesbians Gone Wild Lay Down the Law Liquid Heat Lifecycle

For many fans, the highlight of the season has been the apparent bringing together again of Tina and Bette, an outcome fervently wished for by writers of slash fiction.

The L Word isn't all foolishness this season.

Showtime's lesbian drama, veers, as they all have, between entertaining and infuriating with its sexy/silly mix of high drama and higher camp.

There are no featured audience reviews yet. Click the link below to see what others say about The L Word: Season 5!

Discuss The L Word on our TV talk forum!