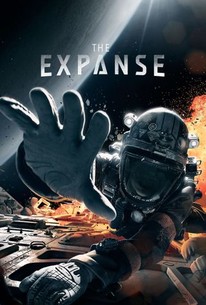 The second season of the sci-fi drama series opens with the introduction of several Martian military characters, including Bobbie Draper (Frankie Adams), one of the loudest voices promoting war against Earth. Meanwhile, Avasarala (Shohreh Aghdashloo) survives an assassination attempt and ramps up the war between Earth and Mars. On the Rocinante, Holden (Steven Strait) and Miller (Thomas Jane) recover from the radiation poisoning they got on Eros and decide to store the dangerous Protomolecule in an abandoned asteroid mine for future study. Together with Fred Johnson (Chad L. Coleman), Holden and Miller go on a mission to avenge the Eros genocide, only to make a disturbing discovery: An interplanetary conspiracy is trying to control the Protomolecule and use it as a weapon against alien life forces—and the genocide on Eros was the result of a deployment test! Their mission becomes that of finding a way to stop the conspirators once and for all, by any means necessary.

News & Interviews for The Expanse: Season 2

View All The Expanse: Season 2 News

Critic Reviews for The Expanse: Season 2

The show's epic scope... remains intact, as well as its always impressive production values and effects. But there's more focus to the first four episodes of the season than expected, thanks to more of the characters uniting in proximity to similar goals.

The show maintained a high level of tension while letting characters develop quietly and intimately over two hours. The science fiction elements, as well as the special effects, were strong.

The Expanse is the best sci-fi TV show since Battlestar Galactica.

If well-researched science fiction is your bag, season two of The Expanse is sure to thrill, confound, and delight in equal measure. Just make sure you're paying attention.

Yet as suspenseful as this was, and as much as I think the second season has represented a leap forward in quality for the series, it's a bit wonky from a structural perspective.

Now that we know who's behind most of the mysterious events, and trying to instigate war, The Expanse has a chance to be even better now in its second season.

Unburdened with introductory world building and backed by surefooted writing, The Expanse returns as thrilling and intriguing as ever in a second season that packs just enough of a timely political wallop.

Mitchel Broussard
We Got This Covered

Whether viewers come for the political intrigue, the space battles, or the character drama, there's pretty much something for everyone.

It all adds up to one of the best sci-fi shows on TV at the moment.

Audience Reviews for The Expanse: Season 2

The writing and acting pitfalls from Season 1 unfortunately continued into this season. On the other hand, the characters got a bit more complex and the story became a bit more exciting. They better up their game in Season 3!!

Exciting and action packed, Season 2 of The Expanse takes things to the next level as the fate of the universe lies in the balance. After discovering that the Proto-molecule that infected Eros station is continuing to grow and expand Joe Miller works with Fred Johnson to put together a mission to destroy it; meanwhile Earth and Mars prepare for an impending war, which comes to a head when there's an attack on Ganymede. The writing is a lot better this season, as it's easier to follow and has stronger story arcs. And the acting is better too; particularly Thomas Jane, who really brings his A-game. The special effects are also especially good, making for some impressive space sequences. It still has some problems, but The Expanse's second season is remarkably compelling and full of thrills.

Discuss The Expanse on our TV talk forum!