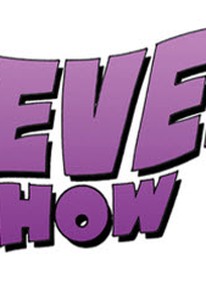 The fourth season of this inspired "Family Guy" spin-off shows that (unlike his old neighbor Peter Griffin) Cleveland Brown (voiced by Mike Henry) is still a man of values, but is certainly prone to slip-ups. He leads a football road trip-gone-wrong in rival Goochland, goes on a campaign of revenge through Stoolbend and turns the local cemetery into a hangout with the guys. But that all pales to botching his renewal of wedding vows with Donna (Sanaa Lathan). Daughter Roberta (Reagan Gomez-Preston) is also steamed when Federline Jones (Jamie Kennedy) forgets their anniversary, leading Rallo (Henry) to find her a new man. The latter, the household's 5-year-old-going-on-25, must sacrifice his beloved Afro during a school lice outbreak; and gets to experience life in the "hood" on a visit to his father Robert's (Corey Holcomb) apartment. Meanwhile, Cleveland Jr. (Kevin Michael Richardson) joins Roberta for Halloween hijinks dressed as their parents, and he discovers a talent for pole dancing on a trip to the Y with Freight Train (Craig Robinson).

Kasey Kahne
as Himself

Will Arnett
as Gen. Richter

David Costabile
as The Prof

Arianna Huffington
as Arianna the Bear

Matt Kemp
as Himself

George Clinton
as Himself

Bruno Mars
as Himself

Tim Gunn
as Himself

Tony Stewart
as Himself

Jimmy Rollins
as Himself

Nicki Minaj
as Herself

David Ortiz
as Himself

Ahmir "Questlove" Thompson
as Himself

Joey Votto
as Himself

Andre Ethier
as Himself

Pretty funny, but overall it was a little on the goofy side.

[It's] filled with lots of funny dialogue and scenarios. Yes, it was often in poor taste and said situations often ludicrous and pretty disturbing, but that kind of thing is par for the course with creator Seth MacFarlane's entire body of work.

It doesn't always have the same sharp bite as Seth McFarlane's other Sunday night shows, but I find Cleveland to be a more engaging character than Stan or Peter, and really do like this show.

There are no featured audience reviews yet. Click the link below to see what others say about The Cleveland Show: Season 4!

Discuss The Cleveland Show on our TV talk forum!