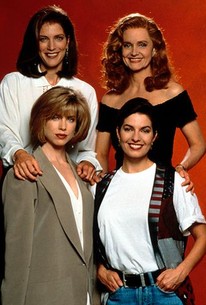 A superbly acted series about the Reed sisters (Alex, Georgie, Teddy and Frankie), friends and rivals who came together in adversity and triumph. Initially, the series took some heat for its risqué opening scene in which the women sat in a steam room and spoke candidly about their sex lives. Then it settled into a cozy niche, winning over viewers with soap-opera-like stories. The 100th episode brought a fifth sister into the fold when the Reeds discovered they had a half-sibling named Charley.

This is a good story, well acted and directed.