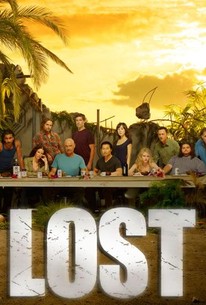 Critics Consensus: Lost's shift in central mythology won't satisfy all viewers, but persistent fans will find solace in the show's strong performances and continued dedication to its themes.

Critic Consensus: Lost's shift in central mythology won't satisfy all viewers, but persistent fans will find solace in the show's strong performances and continued dedication to its themes.

The highly-anticipated sixth series concludes this enigmatic time-traveling series on two fronts: the story of survival, escape and understanding among multiple factions on the island; and an intriguing "flash sideways" to present-day Los Angeles in which Oceanic flight 815 never crashed. The latter is highlighted by Ben (Michael Emerson) and Locke (Terry O'Quinn) as schoolteachers; Sawyer (Josh Holloway) as a cop; Jack (Matthew Fox) as a father; Kate's (Evangeline Lilly) flight from the law; the return of Libby (Cynthia Watros) in a touching episode with Hurley (Jorge Garcia); and, ultimately, two unexpected characters on a scrambling mission to round up passengers from the flight. On the island, revelations are made about Locke's dark and destructive character, who wars with both Widmore's (Alan Dale) crew and the group led by Jack and Hurley, who look to carry out the all-important intentions of Jacob (Mark Pellegrino). Two of the most satisfying episodes feature flashbacks to the island's earliest days that provide long-sought background on Richard (Nestor Carbonell, in episode nine) and Jacob (episode 15). By the moving finale, not every piece to the six-year puzzle fits neatly into place, but series die-hards are hard-pressed to leave without an emotional appreciation for the exhilarating ride.

Titus Welliver
as Man in Black

Christopher McGahan
as Techie No. 1

David Griffith
as Screaming Other

Hannah Bell
as Nurse
View All

Hear Us Out: Lost Was Always Heading to That Finale, and It Was Great

Lost crashed, and crashed hard... This season wasn't a long con. It was a weak trick.

So I've given it another day to sink in, and I'm still profoundly irritated by that ending. It rendered this whole season of Lost pretty silly. And it barely made sense on its own terms.

The series, which started with so much promise, stalled some time in its third season and will now be remembered as a monstrosity that fused kitsch to camp.

Certainly it was more rewarding than The Sopranos and Seinfeld, both of which didn't end so much as stop, and we're grateful the writers didn't go the the route of Newhart or St. Elsewhere.

The richest fantasy series I've seen. But its wrap-up sixth season is a drag: This spidery metaphysical puzzle seems to be dwindling down to a hokey primordial myth of good and evil.

Lost rewarded the devoted, providing a sense of relief for only those who really stuck by and with it.

I look at the state of TV now and I worry that it'll be a long time before we get another network drama that's both this ambitious and, far more often than not, this well-executed.

In many ways, Lost did turn out to be a bit of a con... But the character stories were more consistent and the finale rewarded viewers who watched for the relationships.

Watching "Lost" has been a bit like being pregnant. The thrill of discovery... Until it came down to a few final weeks, fueled by fevered anticipation and the wretched, bloated desire to just get the dang thing over with.

Haters gotta hate the ending but the road there was fascinating, enthralling and highly entertaining.