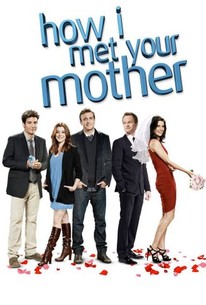 Critics Consensus: How I Met Your Mother ends not with a bang, not with a whimper, but with an uneven final season that captures the show's best and worst tendencies.

Critic Consensus: How I Met Your Mother ends not with a bang, not with a whimper, but with an uneven final season that captures the show's best and worst tendencies.

How I Met Your Mother: Season 9 Photos

The popular sitcom's ninth and final series transpires almost entirely during the wedding weekend of Barney (Neil Patrick Harris) and Robin (Cobie Smulders). The series moves to Long Island as the happy couple and married friends Marshall (Jason Segel) and Lily (Allyson Hannigan) and the ever-unlucky at love Ted (Josh Radnor) prep for the big event. The two-day gathering is rife with plenty of familial shenanigans and escapades as the soon-to-be-marrieds deal with problems that include Robin's disagreement with Barney's mother and brother, and Robin and Barney's holy row with the minister who is to officiate the ceremony. On the day of the nuptials, she and the gang contend with a massively hungover groom-to-be and try to concoct one of his---wait for it---legendary Stinson Hangover Fixer Elixirs. The highlight of the series is the addition of the young woman (Cristin Milioti, who was introduced in the Series 8 finale) who would become Ted's bride and the mother of his son and daughter. In the series finale, Ted tells his children the conclusion to the tale of how he and their mother finally became a couple, and the episode also offers details of what the future held for Barney, Robin, Marshall and Lily.

Cristin Milioti
as The Mother

William Zabka
as Himself

Tim Gunn
as Himself

Justene Alpert
as Sexy Girl No. 2

News & Interviews for How I Met Your Mother: Season 9

Now Streaming: The Walking Dead, The Double, and More
Fincher Looks to the "Zodiac"

View All How I Met Your Mother: Season 9 News

Critic Reviews for How I Met Your Mother: Season 9

For some, [the] surprise was a disappointment. But disappointment is expecting that a life has only one love story, that happily ever after only happens once, that surprises, good and bad, happen along the way.

"Last Forever" brought up the idea of true love versus soul mates, and a bit about fate, but if I wanted to watch a series about how your soulmate might not be the love of your life, I'd have watched Dawson's Creek, a series which did it much better.

Lest you think How I Met Your Mother was going to skip over the good parts of Ted and The Mother's relationship, Monday night's episode delivered another milestone in their romance.

Fortunately for HIMYM, the time-turning precedent for the season only strengthens such a radical episode's premise.

This finale seems to completely sour the show's legacy - something that is not more important than ever.

All told, the finale, like the series itself, was fine, if not, alas, legendary. But hey, unlike some of the shows that have come and gone while Ted searched for his dream girl, it certainly beat a slap to the face.

This isn't a perfect ending... But a straightforward, fairytale ending for Ted and Tracy wouldn't have served viewers, and it would have been beyond boring.

I wish I was as thrilled by the ending as the beginning, but I'm grateful that so many episodes stand up to multiple, multiple viewings.

The result of [the writers'] plan was among the more maddening things I've seen in the finale of a show I at one point loved.

Audience Reviews for How I Met Your Mother: Season 9

It is really hard to like this season. It is in fact the worst season yet. The only episode I absolutely loved was the "How Your Mother Met Me" one. There were some good laughs and other good episodes but all we got were fillers for most of the season. I didn't exactly have a problem with the ending but just on how horrible it was done. The writers had an entire season to develop the events leading up to their ending and build their story instead of jumping year after year in a single season finale episode and make it feel so rushed. Each of the years deserved an episode, if they wanted me to care for these characters and accept this ending. In the end, it all felt rushed, simplistic and boring.

I love this series! But, Season 9 was all over the place. Some episodes were good and some were not. It all lead up to the finale. Which to me is one of the more disappointing finales I have ever seen.

Discuss How I Met Your Mother on our TV talk forum!