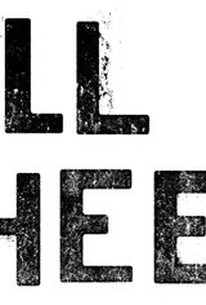 Former Confederate soldier Cullen Bohannon (Anson Mount) and his quest for revenge on the Union troops who killed his wife are followed in this Western series. Season 1 sees Cullen head west to take a job helping to construct the first transcontinental railroad, a project spurred by scheming entrepreneur Thomas "Doc" Durant (Colm Meaney). After being hired as a foreman, Cullen meets crewman Elam Ferguson (Common), an emancipated slave who butts heads with Cullen after impeding Cullen's search for his wife's killer. The actions of Lily Bell (Dominique McElligot), the wife of a railroad surveyor killed by the Cheyenne, also play a prominent role in the season.

Wes Studi
as Chief Many Horses

Christopher Heyerdahl
as The Swede

Dohn Norwood
as Psalms
View All

Fall 2019 TV Schedule: What to Watch Every Night of the Week
Comic-Con 2019: All the Trailers For Movies and TV Shows
2019 TV Finale Dates Calendar

This one's hell by any measure.

None of Hell on Wheels' juicy eruptions of pulp or sporadic glimpses of soul impedes the myth-belching progress of a story about the little engine of empire that could.

Hell on Wheels is a big and ambitious stab at the genre, with a lot going on and much to recommend.

A dark, complex and intense drama about a group of damaged people who come together after the Civil War to help build the Transcontinental Railroad.

Solid cast, intriguing premise, and - best of all - the Old West.

The characters - including Meaney's monster - are promising, the racial tensions are bracing, and the atmosphere is transporting.

Hell on Wheels is a mess of Western cliches and silly characters.

The folks who make this show are clearly playing a long game, and I'm unsure if I found myself dazzled throughout the season; entertained, for sure, but not blown away.

Hell On Wheels might not be groundbreaking, but it is captivating and eager to tell multiple stories of the men and women struggling to find purpose after the end of the Civil War.

It's not original, not witty, and not creative.

There are no featured audience reviews yet. Click the link below to see what others say about Hell on Wheels: Season 1!

Discuss Hell on Wheels on our TV talk forum!