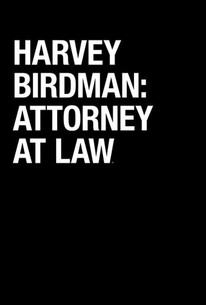 Critics Consensus: Harvey Birdman objects to fawning over animation icons of yesteryear and submits a motion to skewer pop culture nostalgia with a thoroughly modern, improvisational sense of humor -- Sustained!

Critic Consensus: Harvey Birdman objects to fawning over animation icons of yesteryear and submits a motion to skewer pop culture nostalgia with a thoroughly modern, improvisational sense of humor -- Sustained!

Risqué cartoon about a superhero lawyer who works cases involving (and spoofing) Hanna-Barbera characters like Fred Flintstone (suspected of mob activity) and Scooby-Doo (busted, along with Shaggy, for drug possession). Harvey himself was actually a creation of the 1960s, though he wasn't practicing law then. The series airs as part of Cartoon Network's Adult Swim block.

Peter MacNicol
as X, the Eliminator/Employee/Guard

Scott Innes
as Shaggy Rogers/Scooby-Doo/Scrappy-Doo/Prisoner No. 1

With a voice cast anchored by Gary Cole and Stephen Colbert, this is a warm, gentle parody buzzing with nostalgia.

For most of the first season, the show was chaotically structured like a hellzappopin' sketch series, but swerved into a semblance of continuity and character-building for a two-part season finale that would define the remainder of the series.

Harvey Birdman: Attorney at Law remains the most solid (if rarely produced) Adult Swim show out there. Of course, if you're not a big fan of the other Adult Swim stuff, you still might not be a huge supporter of this either.

Not only are the plots ludicrous, the jokes hilarious, and the characters endearing; this show features some incredible voice talent.

It's everything we've come to expect from modern cartoons that appeal to adults and kids.

Each of these 13 episodes of the universe's first animated legal show is a loving and outrageous homage to the toons that warped our tiny minds as children, and now have the power (of attorney!) to continue warping our minds as adults.

The rapid-fire sight gags and vacuum-packed writing made each of those precious [12] minutes worth watching, but the real strength here is the vocal performances.

What transformed Michael Ouweleen and Erik Richter's series from a clever but possibly forgettable parody into a shining gem of Adult Swim history was its use of absurdist humor.

The main gimmick of Harvey Birdman is that cartoon characters can get into just as much trouble as their human counterparts. It's a clever concept, but the episodes often feel disjointed and feature characters doing silly, senseless things.

There are no featured audience reviews yet. Click the link below to see what others say about Harvey Birdman, Attorney at Law: Season 1!