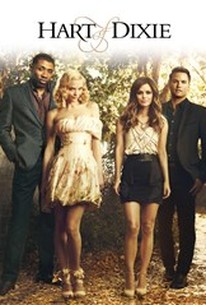 In the third season of this drama, Zoe (Rachel Bilson) returns to BlueBell after spending some time in New York City, where she started a new romance with an author named Joel (Josh Cooke). Her plan is to get a referral from Brick (Tim Matheson) and move on, but she winds up staying in town once again, working for Brick this time. She also reconnects with her biological father's relatives, one of whom begins dating Wade (Wilson Bethel). The ever-popular Wade winds up befriending Joel, much to Zoe's chagrin, and Joel adjusts well to small-town life. But life in town becomes difficult for BlueBell native Lemon (Jaime King) after she has a fallout with the prestigious Belles. Meanwhile, Lavon (Cress Williams) tries to halt a town merger he doesn't want by attempting to get BlueBell declared a historic town.

Who Says You Can't Go Home Friends in Low Places Take This Job and Shove It Help Me Make It Through the Night How Do You Like Me Now? Family Tradition I Run to You Miracles Something to Talk About Star of the Show

What?! The next day, he's still planning to move. Double what?!

All in all, this was a great episode and I am so happy to be back in Bluebell with all of these kooky characters. I'm not feeling the new characters, but hopefully that will change or maybe they won't stick around too long.

The writers have chosen to focus... on the two fan fave couples of season two - Zoe/Wade and George/Tansy. This is a refocus that I like very much, as the original triangle never really worked as well as it should have.

You know what, this episode reminded me of the old Dixie before all of the heartbreak. It was very enjoyable.

Hart Of Dixie begins its third season asking us to invest in characters and situations that won't last, working back toward a status quo I wouldn't mind getting to a bit faster.

There are no featured audience reviews yet. Click the link below to see what others say about Hart of Dixie: Season 3!

Discuss Hart of Dixie on our TV talk forum!