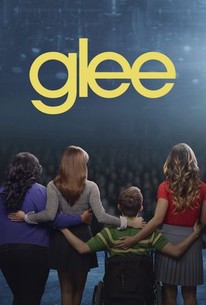 Critics Consensus: Impending graduation and a race to the top provides this season some emotional power and stakes, but Glee will strain many viewers' credulity with a flurry of melodramatic developments that feel more cynically calculated than organic to characters who feel increasingly more like soundboards than people.

Critic Consensus: Impending graduation and a race to the top provides this season some emotional power and stakes, but Glee will strain many viewers' credulity with a flurry of melodramatic developments that feel more cynically calculated than organic to characters who feel increasingly more like soundboards than people.

Matthew Morrison
as Will Schuester

Don Most
as Rusty Pillsbury

Bill A. Jones
as Rod Remington

Lindsay Lohan
as Herself

Jan Hoag
as Roberta, the Cashier

Rock Anthony
as Rick the Stick
View All

The Best Musical Moments From the Cast of Supergirl, The Flash, Arrow, and Legends of Tomorrow

Seemingly out of ideas, this was the season that started adding cast members from The Glee Project, had Rachel and Finn get engaged for some insane reason, and kept transferring people between high-school choir groups like they were on NBA teams.

Over two and a half seasons, however, Glee has evolved into a series that takes itself very seriously, in which every scene has a moral and every moral applies to Teens of Today.

Repeatedly threatened to be astonishing and sometimes delivered, only to settle for cheerfully incoherent inanity at least 80 percent of the time.

What truly killed Glee for me was its stubborn refusal to act upon its promise. Instead of delivering a diabolical subversion of the high-school genre, it became a showcase for a bunch of famous young performers who sort of play misfits on TV.

When it stops working so damn hard to be edgy, inventive, or iTunes-driven, it frequently succeeds in being the show it thinks it actually is.

Unfortunately, these new cast members aren't nearly as interesting as the original crew, and several of them are winners of "The Glee Project." That means they can sing, but their on-screen charisma, personality and acting ability isn't quite there.

Glee feels like it just grew up a little bit. I can't lie. I might've teared up...

The third and current season has somehow managed to become a cross between a soap opera and an after-school special. The teenage melodrama was exhausting enough to live through, let alone watch.

Their tear-shedding made us a little teary as well... The "Glee" stars were clearly going through their own stages of grief right before our eyes.

This is the kind of moment when Glee excels -- when it can bring this level of thoughtful, nuanced, socially responsible conversation into bajillions of American homes.

There are no featured audience reviews yet. Click the link below to see what others say about Glee: Season 3!