The Devils Are Here 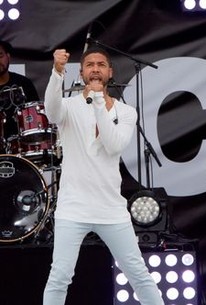 Critics Consensus: A power shift and an ape suit help "The Devils Are Here" meet the high expectations of an Empire season premiere.

Critic Consensus: A power shift and an ape suit help "The Devils Are Here" meet the high expectations of an Empire season premiere.

Season 2 picks up three months after the arrest and incarceration of Lucious, who is trying to run Empire Entertainment from inside federal lockup. Elsewhere, a headline-grabbing state prosecutor hangs her political ambitions on bringing Lucious down; and Cookie stages a star-studded concert in support of her ex, while at the same time she's plotting with Andre, Hakeem, Anika and Mimi Whiteman to finalize the hostile takeover of his company.

Don Lemon
as Himself

Al Sharpton
as Himself

Andre Leon Talley
as Himself

Swiss Beatz
as Himself

Petey Pablo
as Himself
View All

The Devils Are Here Photos

Critic reviews for The Devils Are Here

Packing enough twists and reversals into a single episode that more timid shows might take half a year to accomplish, Empire is dizzying, dazzling and lovably deranged...

There's one thing I can't deny about Empire: this show is simply a delight to watch.

Overall, the first episode met my high expectations, and more than likely will meet the fans' ones as well.

It says something about the power of this show that it can spend its opening 15 minutes focused on a topic that news programs of the same network can't seem to address.

Ask Cookie, though, and she'll only insist that she's doing this for the good of the children. What a coincidence! That's our motive for watching this show, too.

If there was any concern that creators Lee Daniels and Danny Strong couldn't follow up their fantastic first season, this single hour of television laid them to rest.

Jamal is the new Lucious, Hakeem is the new Jamal, and Cookie is just... well, Cookie. And whether you're into the show's soapy storylines or not, that's just plain old fun to watch.

In tonight's Season Two premiere - The Devils Are Here - all these strengths and more are on full display.

There's a greater focus on the core characters, even with the explosion of guest stars and cameos, and less narrative whiplash than in the typical season-one episode.

Personally, I'd hyped up Empire Season 2 Episode 1 so much in my mind that anything other than a masterpiece was going to disappoint me. And while it wasn't without its flaws, I was absolutely compelled from start to finish.