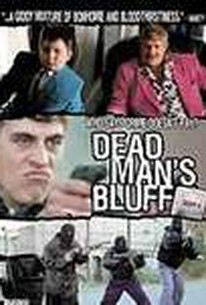 Brothers Simon (Dmitri Dyuzhev) and Sergei (Aleksei Panin) work as assassins and errand boys for the crime boss Mikhajlovich (Nikita Mikhalkov, BURNT BY THE SUN), but their employment -- and their lives -- become threatened when they bungle a job, losing a suitcase full of top-shelf heroin.

As they struggle to recover the case before their boss finds them, the body count rises while those on either side of the law prove the permeability of that boundary. The film's ensemble cast features Russia's biggest-name actors, while the soundtrack is an edgy mix of local punk-metal acts.

Just bloody brilliant, hilarious as all hell. A bit disappointed as to how flix portrays these movies...as no one seems to be interested...but have you lot seen Brother? Kinda a combination of Tarantino violence and Ritchie comedy of two brothers who fuck up a job consisting of a suitcase full of heroin...and let the antics commence!