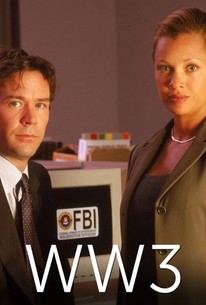 Timothy Hutton stars as a government agent dealing with the aftermath of a biological attack in this thriller from director Robert Mandel (School Ties). In the wake of a deadly outbreak on a cruise ship, it becomes clear that the U.S. has been hit by a terrorist attack. As the virus spreads, it's up to Agent Sullivan (Hutton) to track down those responsible and prevent the entire country from becoming infected. Winds of Terror was originally broadcast on the Fox network as WW3.

There are no featured audience reviews yet. Click the link below to see what others say about WW3!