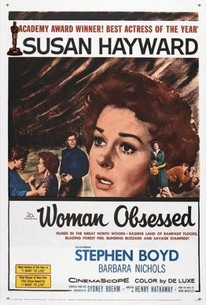 The hardships faced by a widow and her eight-year-old son on a rugged Canadian ranch provide the basis of this gripping outdoor adventure. She lost her husband to a forest fire. To help her run the ranch, she hires a handy man. A handsome, but taciturn fellow who has known much tragedy, he works hard for her. The woman's son though resents him, and when he learns that his mother is planning to marry him to quell ugly rumors in town, the youth is most unhappy. After the wedding, the step-father treats the boy harshly, not out of cruelty, but because he wants to prepare the boy to survive the tough life ahead. This creates friction and frustration. Sometimes the handyman beats both the wife and the child. On the day the wife learns she is pregnant, the boy and his step-father get into a violent fight. Afterward the husband goes to the local saloon and ends up jailed for brawling. A month later he is released. When he gets home he finds his wife has moved his things to the barn. A natural disaster changes the family's lives and relationships and after much turmoil, honesty and pain gives them a chance to heal and start afresh.

A corny outdoor melodrama, with a fake "Saskatchewan" locale, starring Susan Hayward as a farm widow with a wide gamut of emotional troubles. Rating: poor.

Standard drama was hardly a worthy follow up to Susan's Oscar winning performance in I Want to Live! The story is lacking in any great dramatic thrust but it's beautifully shot and professional done. But the whole thing is average.