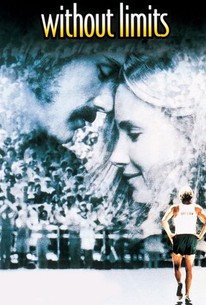 Critics Consensus: This drama about American track star and hero Steve Prefontaine intelligently looks at the character of this oft mythologized athlete and features a fantastic performance by Donald Sutherland as Prefontaine's trainer.

Critics Consensus: This drama about American track star and hero Steve Prefontaine intelligently looks at the character of this oft mythologized athlete and features a fantastic performance by Donald Sutherland as Prefontaine's trainer.

Critic Consensus: This drama about American track star and hero Steve Prefontaine intelligently looks at the character of this oft mythologized athlete and features a fantastic performance by Donald Sutherland as Prefontaine's trainer.

A film about the late Oregon running legend Steve Prefontaine and his coach, Bill Bowerman. Bowerman helped create a generation of world-class runners at the University of Oregon and went on to coach at the Olympics. An enigmatic, commanding man, revered by his team and respected the world over for his training accomplishments, he became Pre's close friend and mentor. Although taken aback by Prefontaine's unwillingness to substitute strategy for a fervent desire to run at the front of the pack, Bowerman also respected the young track star and came to know him as few others did.

Critic Reviews for Without Limits

Whether he would have won at the next Olympics, we'll never know. What we do know is that Towne, a man of ruefully romantic temperament, has found a soulmate in Steve Prefontaine.

With a very good part for a change, Sutherland invests the imposing Bowerman with a host of subtly expressed attitudes toward his most illustrious charge.

he understated cinematography by Conrad Hall and sterling work from Crudup and Sutherland lend a patina of class, yet it's in the end a po-faced film.

Without Limits wins as a sports film precisely because it's not really about sports or a great victory.

Without Limits is an admirable departure from the norm, but its greatest strength doubles as an undermining weakness.

As Pre, Billy Crudup is dynamite -- a magnetic star presence who's unafraid to show how Pre's drive also makes him a bit of a prick.

Dazzling, violent, star-driven thrill rides are routine. Finding an intelligent, well-written, old-fashioned movie-movie has become an event. Thus, it is a thrill to watch Without Limits.

Except for a few lapses, co-scriptwriters Kenny Moore and Towne allow Pre's aura to remain undisturbed by overdramatization and psychological speculation.

Prefontaine's infectious enthusiasm is ably conveyed, although the film might have been a stronger and less earnest effort if producer Tom Cruise had played a more active part.

A couple of sterling lead performances by Billy Crudup and Donald Sutherland.

Audience Reviews for Without Limits

Without Limits is an average sports biopic that features strong performances from Billy Crudup and Donald Sutherland. Not as powerful or captivating as it should have been, but the performances from the leads hold it up. Donald Sutherland is an under appreciated actor in my book. He is one of my favorites and never ceases to amaze me with his performances. It was also cool to see Matthew Lillard in a small role. He too is very under appreciated, although he may have brought some of that upon himself with the Scooby-Doo movies.