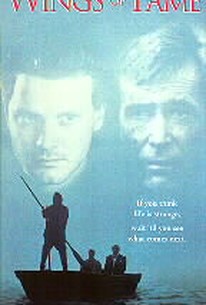 In 1966, a famous actor (Peter O'Toole) is taken by a rowboat to a fabulous old hotel on an island in the middle of a lake. He comes to find out that time stands still here -- and the reason is that he is dead. He discovers that all the residents of the hotel are famous but dead people, including Albert Einstein and Ernest Hemingway. It seems that as public interest in a dead celebrity fades away, the celebrity is given smaller and smaller rooms, until finally they are thrown out. Among the famous people that the actor meets is the writer who killed him -- for a good reason. ~ Brian Gusse, Rovi

Critic Reviews for Wings of Fame

There are no critic reviews yet for Wings of Fame. Keep checking Rotten Tomatoes for updates!

Audience Reviews for Wings of Fame

There are no featured audience reviews yet. Click the link below to see what others say about Wings of Fame!