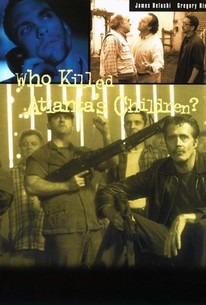 Between 1979 and 1981, 29 African-American children were murdered in Atlanta, GA, leading to a statewide manhunt to find the killer and a considerable outcry from a frightened public. Authorities eventually pinned the child killings on one Wayne Williams, who had been charged with two related murders of adult males. However, several years after Williams had been convicted of the killings of the two men and the case on the child murders had been closed, a pair of investigative reporters began looking into the matter, and discovered clear evidence that the investigation of the Atlanta child killings had been grossly mismanaged, and that in all likelihood Williams had nothing to do with the crimes. Who Killed Atlanta's Children? is a made-for-cable dramatization of the investigation by Pat Laughlin (James Belushi) and Ron Larson (Gregory Hines) as they attempt to find out how Williams (Cle Bennett) came to be railroaded for the child slayings and who the real killer might be. Produced for the Showtime premium cable network, Who Killed Atlanta's Children? also stars Bill Duke, Lynda Gravatt, and Sean McCann. Rudy Langlais, who as editor of Spin magazine helped to publish Laughlin and Larson's findings, served as producer on this project.

Critic Reviews for Who Killed Atlanta's Children? (Echo of Murder)

There are no critic reviews yet for Who Killed Atlanta's Children? (Echo of Murder). Keep checking Rotten Tomatoes for updates!

There are no featured reviews for Who Killed Atlanta's Children? (Echo of Murder) at this time.