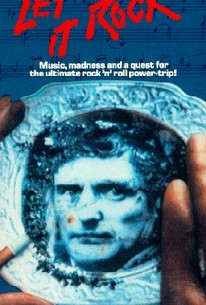 Dennis Hopper demonstrates how to manufacture and market a rock & roll riot of your very own in this offbeat German comedy-drama. Hopper plays Kenneth Barlow, a man who has spent most of his adult life in the music business. Barlow hit his peak as a road manager with the Rolling Stones, but things have been going downhill for him ever since. Barlow thinks he may just have found the new key to the big time in the form of Moody Moodinsky (Terrance Robay), a keyboard player who Barlow is pitching to the world as "White Star." Telling anyone who will listen that White Star and his music represent "the future," Barlow is willing to do practically anything to see that his client hits it big, including staging a riot, fabricating a death threat, forging a check from a record label, and selling off Moody's gear in order to pay for studio time. While White Star becomes increasingly wary of his manager, who is hovering on the edge of burnout, Barlow becomes more and more manic with each passing moment, determined that White Star is the future -- or at very least certain he doesn't have much of a future without him. Released in Europe as White Star (and filmed in English despite its German origins), the American edition of Let It Rock features footage of an altercation at a punk rock club (with a performance by the band T.S.O.L.) borrowed from the film Suburbia. ~ Mark Deming, Rovi

There are no critic reviews yet for White Star (Let It Rock). Keep checking Rotten Tomatoes for updates!

There are no featured audience reviews yet. Click the link below to see what others say about White Star (Let It Rock)!