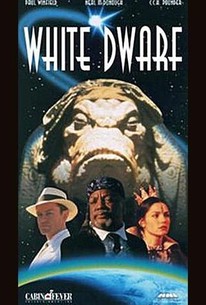 In this made-for-TV sci-fi-drama, the world has entered into an age when travel between the planets has become an everyday event, and Driscoll Rampant (Neal McDonough), a medical student, finds himself taking an internship on the distant planet of Rusta. Unlike Earth, Rusta does not turn on its axis as it orbits through space, with one half of the planet in constant daylight and the other in permanent nighttime; as a result, Rusta has two very different civilizations, one a genteel land of ladies and gentlemen, the other a feudal kingdom. As Rampant travels between the two sides of Rusta, he struggles to build a bridge between both sides in a world where the essential duality of man is brought clearly to the forefront. White Dwarf also stars Paul Winfield, C.C.H. Pounder, and Ele Keats.

From what I've seen, there's no way White Dwarf is going to be big.

There are no featured audience reviews yet. Click the link below to see what others say about White Dwarf!