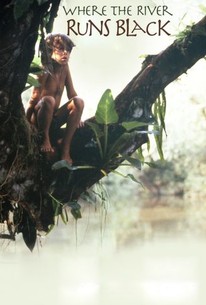 Where the River Runs Black Photos

This drama concerns the clash of two worlds in the person of a young boy. The small boy (Alessandro Rabelo) is the offspring of a missionary who died before the he was born, and a Native American who is later killed by white prospectors. Father O'Reilly (Charles Durning) comes to hear about the legend of the orphan born to a holy man and a "sorceress" and guesses the truth about his parentage. He manages to bring the young boy to a Catholic orphanage where the lad is confronted with "civilized" behavior and is quite shocked by it. Meanwhile, Father O'Reilly is having second thoughts as the boy indirectly teaches him something about the values of his "primitive" culture.

Marcelo Rabelo
as Lazaro at 4 Years

Geraldo Salles
as Priest in Confessional

Telmo Maia
as Miner in Truck

Paulo Quindere
as Man getting shoeshine
View All

Critic Reviews for Where the River Runs Black

Except for Mr. Durning, who is not called on to exert hmself, the acting is as elementary as the screenplay.

Here is a fable with the most unlikely ingredients, and yet, like all fables, it will work if we allow it to.

Concerns the clash between Indian and white cultures, the low tolerance of organized religion, and the bonds which can be established between dolphins and human beings

There are no featured reviews for Where the River Runs Black at this time.

Where the River Runs Black Quotes