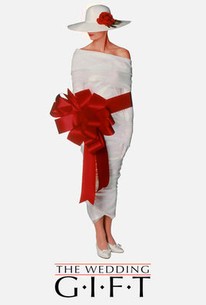 This British drama was originally created for British television but was later released in the U.S. It is based on a true story and chronicles the struggles of Deric and Diana Longden, a happily married couple who try to cope with Diana's inexplicable degenerative disease which causes occasional paralysis of her extremities and periodic blackouts. The doctors have no clue as to what ails her. Their love sustains them, but finally Diana comes to grips with the fact that the illness may prove fatal. She decides that before she goes, they should find Deric a replacement. ~ Sandra Brennan, Rovi

Critic Reviews for The Wedding Gift

It is a small civilizing story without a big phony crisis and a manufactured climax. It's just about people we feel good to have known.

Vivdly shows how important the idea of reciprocity is to those who find themselves dependent upon others.

Audience Reviews for The Wedding Gift

There are no featured audience reviews yet. Click the link below to see what others say about The Wedding Gift!