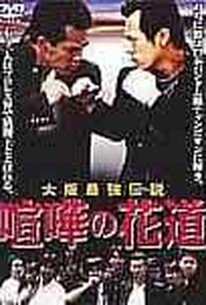 Two people engaged in a feud as teenagers meet later in life in the action film The Way to Fight. A teenage street-fighter, Kazuyoshi Tamai builds a reputation as the toughest guy in town. He crosses paths with a fellow street-fighter named Takeshi. They challenge each other, but because of a series of unforeseen circumstances, Tamai must withdraw from the bout. Years later they have each achieved a certain level of success -- Tamai as a boxer and Takeshi as a professional wrestler. The two finally get around to settling their old dispute. ~ Perry Seibert, Rovi

Critic Reviews for The Way to Fight

There are no critic reviews yet for The Way to Fight. Keep checking Rotten Tomatoes for updates!

Audience Reviews for The Way to Fight

this movie grows on you..the 2 lead actors seem to shout more than talk, but this slice of life drama has its moments and for the most part holds your interest. Poignant in parts, its not simply about fighting but life lessons as well...reminds me a bit of the Johnny To movie "throwdown". Worth a watch!

The Way to Fight Quotes