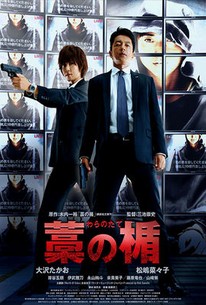 Police escort an accused killer with a 1 billion price tag on his head through an army of eager bounty hunters in this thriller from prolific director Takashi Miike. Ninagawa is a multi-billionaire who believes that his granddaughter was killed by Kunihide Kiyomaru (Tatsuya Fujiwara). Hungering for revenge, Ninagawa places an ad in all the major Japanese newspapers offering 1 billion to the person who kills Kiyomaru. Terrified, Kiyomaru quickly turns himself in to the Fukuoka Police. Later, as four cops risk their lives transporting Kiyomaru back to Tokyo, no one can be quite sure where the next bullet will come from.

Kimiko Yo
View All

Critic Reviews for Wara no tate (Shield of Straw)

This is lowest-common-denominator gibberish that follows an extras-crowding, helicopter shot-abusing arc to a leaden finale.

An absurd yet entertaining thriller that dispenses with the preciousness of the Cannes Film Festival's In Competition banner.

Miike rarely dips too far below the surface but this all gives interesting flavour to what is already a very enjoyable thriller.

The killer's final lines suggest a gleeful, pitch black perversity that the rest of Shield of Straw could have used, but instead it's a thoroughly below average genre flick that's empty on ideas and entertainment value.

Rather than the insanity we're used to, played against a backdrop of Miike, winking at the camera, the director has gone, dare I say it, serious.

There are no featured reviews for Wara no tate (Shield of Straw) at this time.