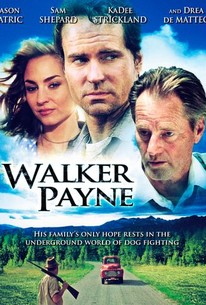 Desperate circumstances force a man to make a terrible choice in this period drama. It's 1957, and Walker Payne (Jason Patric) is a good but troubled man who struggles to keep his appetite for whiskey and women under control for the sake of his two daughters after breaking up with his wife (Drea de Matteo). Like most of the men in the small Illinois town he calls home, Payne provides for his daughters by working in a nearby coal mine, and when the mine suddenly closes, jobs become all but impossible to find. Payne's money problems come to a head when his ex-wife, who has decided to leave town and attend nursing school, demands 5,000 dollars or otherwise she will take custody of their children and he'll never see them again. Opportunity comes to Payne in the form of Syrus (Sam Shepard), a charming but unscrupulous man who offers Payne the chance to make some big money fast. Syrus runs an illegal dog-fighting circuit outside of town, and he's certain Payne's pooch Brute, a good-natured but massive animal, has the stuff to be a champion. Can Payne sacrifice his loyal canine friend to maintain the custody of his daughters? Walker Payne also stars Bruce Dern as Walker's friend Chester and KaDee Strickland as Audrey, a divorcée with an unpleasant past who falls for Payne.

Jon Stafford
as Sheriff
View All

There are no critic reviews yet for Walker Payne. Keep checking Rotten Tomatoes for updates!