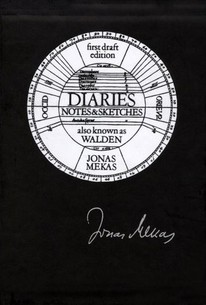 Underground filmmaker Jonas Mekas presents a collection of home movies, outtakes and unfinished projects. A picnic in Central Park with friends is shown, as are Allen Ginsberg and Norman Mailer in an anti-war protest march. John Lennon and Yoko Ono are shown in their celebrated honeymoon where they answer questions from the media in a Toronto hotel room to promote peace. Timothy Leary, Andy Warhol and Nico also appear. Color process is not credited.

There are no critic reviews yet for Walden: Diaries, Notes and Sketches. Keep checking Rotten Tomatoes for updates!

There are no featured audience reviews yet. Click the link below to see what others say about Walden: Diaries, Notes and Sketches!