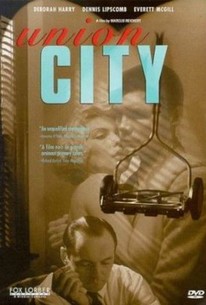 Mark Reichart wrote and directed this disturbing tale of mounting paranoia, based on a story by Cornell Woolrich. Harlan (Dennis Lipscomb) is a New Jersey businessman who becomes obsessed with trying to catch the person who has been stealing sips from the milk bottle delivered to his doorstep every morning. His wife Lillian (Debbie Harry) complacently puts up with her husband's increasingly bizarre behavior. Harlan finally goes off the deep end when he captures the culprit --a homeless Vietnam War veteran (Sam McMurray). He reacts with such fury that he bashes the man's head in. Then, to hide his crime, he conceals the body in a Murphy bed in the abandoned apartment next door.

Irina Maleeva
as The Contessa

Taylor Mead
as Man in Taxi

Cynthia Crisp
as Woman in Taxi

Reichert's film is self-consciousness about what he's doing, and that becomes a problem. Not a frame of this film is permitted to express a spontaneity of its own.

An entertaining and original experience. [Full Review in Spanish]

There are no featured audience reviews yet. Click the link below to see what others say about Union City!