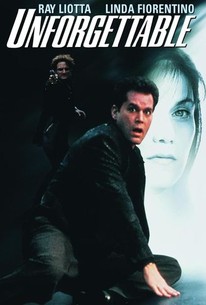 This cross between a psychological thriller and an old fashioned murder mystery tells the story of a police pathologist who takes extreme measures to prove himself innocent of his wife's murder and to solve the puzzling massacre in a Seattle drug store. Dr. David Krane was formally charged with his wife murder, but tainted evidence got him an acquittal; it did not clear his name and as a result he lost his two daughters. His search for her killer begins when he is called to the drugstore scene where he finds a curled up matchbook, the exact same kind that was found near his wife. Soon afterward he learns of noted neurologist Dr. Martha Briggs experimentation with a new form of memory retrieval. She has discovered that memory resides in brain fluid and that if the fluid from one brain is mixed with a special formula and injected into the brain of another, that person will experience the memories of the other when a strong stimulus is administered. At least that is the theory. So far she has only worked with lab rats. But for the fact that the majority of the injected rodents die of heart failure, her experiments have been successful. Learning more about Briggs' work, Krane becomes determined to test it on himself using the stored brain fluid of his late wife. It works and soon he sees clearly the face of the killer. Feeling encouraged, he does the same with a drug store victim's fluid. The victim was an art student and Krane finds himself able to render a perfect sketch of the killer's face. When Briggs learns what Krane has done she carefully monitors his every move, especially after he injects some of the killer's brain fluid. Things get really dicey for Krane then, because certain stimuli evoke the different memories from each of the injections.

Nathaniel DeVeaux
as George, Guard No. 1

Dwight McFee
as Andy, Guard No. 1

William B. Davis
as Dr. Smoot

Roland Corkum
as Priest at Wedding

This tricky stuff requires the cinematic sleight-of-hand of a Hitchcock. Dahl doesn't quite fill the bill.

In the annals of cinematic goofiness, Unforgettable deserves a place of honor. This is one of the most convoluted, preposterous movies I've seen.

A B-grade murder mystery with a sci-fi twist.

The plot involves the presence of brain fluid -- no small irony, since the makers of this goof could have used some themselves, if only to avoid concocting a movie riddled with so many ridiculous coincidences and downright stupid characters.

Is that what happens to a gifted indie helmer when he gets 20 million for a schlocky movie that, contrary to the title, is utterly forgettable due to a dull, wholesome heroine (miscast Fiorentino), who may be Dahl's penance for his earlier, gutsier femmes

A diverting, very well-made thriller. Far-fetched, but everyone except the most captious sticklers for logic will likely exit satisfied.

A tight, tense, taut thriller with a killer-sting in it's tail

Surprisingly effective thriller. Each time he takes the brain juice, another part of the msytery unravels.

Really bad. I get where this film was going, and I appreciate the psychological aspect, but it just ends up being clumsy and stupid. Not worth seeing.

incorrectly named so called thriller, the blame lies in the script not the leads.

Good chilling, crackpot thriller involves several transfers of brain fluid between dead and living people but no credible smarts of its own.