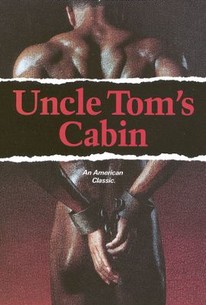 For years, the name "Uncle Tom" and the title Uncle Tom's Cabin have been synonymous with the most egregious form of racial condescension. John Gay's script for the 1987 film version of Harriet Beecher Stowe's Uncle Tom's Cabin hoped to "set the record straight" and restored the reputation of the 1852 abolitionist novel--mostly by returning to the source. Eliminating such theatrical "improvements" as Eliza's crossing the ice, this adaptation of Cabin depicts Uncle Tom (Avery Brooks) as an intelligent, non-submissive slave (there is only the slightest hint of "revisionism"); likewise, Jenny Lewis is a fully three-dimensional Little Eva. Simon Legree is as hateful as ever, but as played by Edward Woodward, Legree is shown to be more a product of his times than a cardboard hissable villain. Gay is very careful in his depiction of precocious preteen slave girl Topsy (Endyia Kinney), who still is so sexually misinformed that she believes she "just growed," but is not quite the mental midget described in Mrs. Stowe's novel. Produced for the Showtime Cable service, Uncle Tom's Cabin premiered on June 13, 1987.

There are no critic reviews yet for Uncle Tom's Cabin. Keep checking Rotten Tomatoes for updates!

There are no featured reviews for Uncle Tom's Cabin at this time.