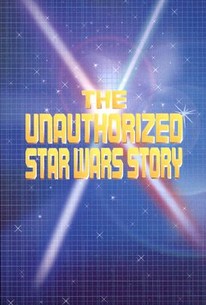 The Unauthorized Star Wars Story is an entertaining and informative behind-the-scenes account of the making of one of moviedom's enduring classics. The documentary brims with fun and gossip that both devoted Star Wars fans and casual viewers will find amusing. Interview clips include conversations with Charles Lippincott, former vice president of Lucasfilm, George Lucas and Rick McCallum, producer of The Phantom Menace. The film's stars are also interviewed, including, Harrison Ford, Carrie Fisher, Mark Hamill, Anthony Daniels who played C3PO, Peter Mayhew who played Chewbacca and Kenny Baker, otherwise known as R2D2. From pranks on the set to the cult world surrounding Star Wars, this film tells all.

There are no critic reviews yet for Unauthorized Star Wars Story. Keep checking Rotten Tomatoes for updates!

There are no featured reviews for Unauthorized Star Wars Story at this time.