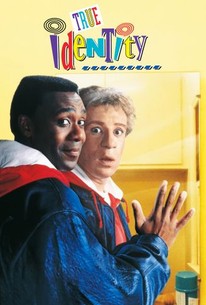 After hearing the full confessional of a notorious Mafioso who thought he was about to die, a young black actor must think fast if he wants to survive. Disguised as a white hit man, he attempts to infiltrate the mobster's crime ring to obtain incriminating evidence for the FBI. British comic Lenny Henry stars in this light comedy--along with performances by Frank Langella, J.T. Walsh, Anne-Marie Johnson and director Charles Lane.

James Earl Jones
as Himself

James Bilbrey
as Man on Line

There are no featured audience reviews yet. Click the link below to see what others say about True Identity!