Triads: The Inside Story1989 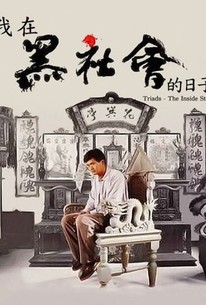 Triads: The Inside Story Photos

Taylor Wong Tai-loi spins this gangster yarn featuring Chow Yun-Fat. Though he has made a conscious attempt at leading the straight and narrow life, Man-ho (Yun-Fat) is obliged to take the helm of the Hung Hing clan after his crime boss father is murdered. With the gang in complete disarray after the assassination, rival groups start encroaching on Hung Hing's turf. Man-ho reluctantly agrees to take the reigns of power and immediately starts to negotiate a peace. Unfortunately, a mad dog mobster aptly named Coffin Rope (Lung Ming-yan) refuses to settle up and eventually kills a member of Hung Hing. When the guy is captured, Man-ho refuses to kill him, which proves to be a massive mistake -- not only does he still have to deal with Coffin Rope but he alienates his right-hand man Yeung Kong (Roy Cheung Yiu-yeung).

Wang Xiao
as Shrimp
View All

Critic Reviews for Triads: The Inside Story

Hardly the far-reaching exposé of triad Mafiosi that its title promises.

Audience Reviews for Triads: The Inside Story

There are no featured audience reviews yet. Click the link below to see what others say about Triads: The Inside Story!

Triads: The Inside Story Quotes