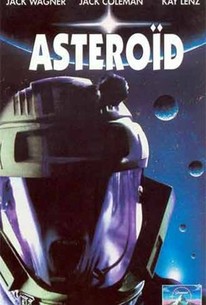 Adapted from a story by esteemed author Arthur C. Clarke, this claustrophobic sci-fi thriller begins happily enough as crew members aboard the Venus-bound freighter Venture happily cavort with one another. Sex seems to be their primary form of entertainment. But their voyage becomes deadly serious when a meteorite damages the ship and diminishes its supply of oxygen to the point that there is not enough to sustain an entire crew. While in sea-lore, it's usually the rats who first desert a sinking vessel, in this case it's the captain, who, after radioing monitoring officials that the Venture's entire crew is dead, jumps into an emergency shuttle and takes off to safety. Still very much alive, the remaining crew members are faced with a situation in which some will have to die so that others may live.

Critic Reviews for Trapped in Space

...proves that with a decent premise and some good writing, you don't need a huge budget to tell an effective story...

There are no featured reviews for Trapped in Space at this time.