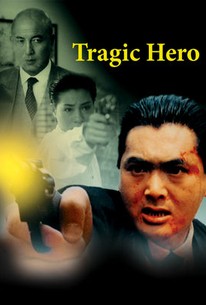 Taylor Wong Tai-loi directs this sequel to his gangster epic Rich and Famous. With crime boss Chai (Chow Yun-fat) now a successful legitimate businessman, Yung (Man Chi-leung) wants to kill him more now than ever. While Chai tries to negotiate gangland peace, Yung steady kills off every competitor in the crime family until there is no one but Chai left. War between the two men seems inevitable. Meanwhile, Kwok (Andy Lau), Yung's brother, returns from self-imposed exile in Malaysia to calm tensions. At the same time, one of Chai's underlings tries to take Yung out himself but fails miserably while Yung orders the murder of Kwok's wife and child. Chai and Kwok soon band together to kill Yung. Though this film was intended as the sequel to Rich and Famous, it was actually released first. The producers thought that this film had more commercial promise. ~ Jonathan Crow, Rovi

There are no critic reviews yet for Ying hung ho hon (Tragic Hero). Keep checking Rotten Tomatoes for updates!

There are no featured audience reviews yet. Click the link below to see what others say about Ying hung ho hon (Tragic Hero)!