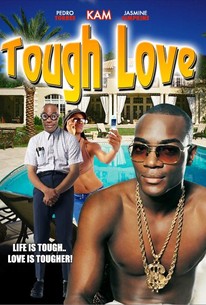 Two former high school pals who have each wandered down disparate paths in life find their futures gradually converging in this comedy starring Pedro Torres and Jasmine Simpkins. After graduating, Mitch moved on to become a powerful record producer while Nate goes off to college and becomes a successful writer. Later, when Nate gets a divorce and his life starts to fall apart, he shows up on the doorstep of his old pal Mitch looking for a place to stay. While Mitch is more than willing to lend his high school chum a hand in his time of need, he's so busy with work that he has precious little time to offer Nate any sort of emotional support. Eventually, Nate meets a girl who seems to be everything he's ever wanted in life. Problems arise however, when Mitch drags Nate to a wild bachelor party and the introverted writer discovers that his ideal mate is actually a sizzling hot stripper.

There are no critic reviews yet for Tough Love. Keep checking Rotten Tomatoes for updates!

There are no featured reviews for Tough Love at this time.