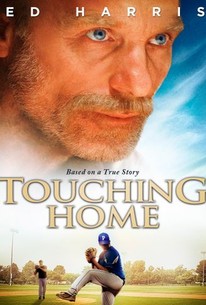 Oscar nominees Ed Harris and Robert Forster star in self-taught identical twin filmmakers Logan and Noah Miller's autobiographical family drama about a pair of twin brothers who return to their small town after failing to find success as major league baseball players. Their dreams of becoming professional athletes dashed, the brothers attempt to rethink their lives while reconciling their love for their homeless father (Harris). Deeply shamed by their derelict dad's chronic shameful behavior, the brothers find themselves in a personal crisis after going to work at the local rock quarry and having to contend with their ne'er-do-well friends. Forster co-stars as the sympathetic town sheriff in a film also featuring Brad Dourif and Lee Meriwether. ~ Jason Buchanan, Rovi

Brandon Hanson
as Brownie
View All

The offscreen story of these unknowns getting their autobiographical drama to the screen proves more interesting and inspiring than the polished, earnest, rather routine movie itself.

Without making a fuss about it, Touching Home looks squarely at working-class people for whom professional sports are not just a fantasy, they are also a way out of a dead-end existence.

While the Millers have a physical presence, they're hardly actors. In fact, it's often difficult to tell them apart, although one of them is missing a tooth and takes off his shirt a lot.

Although convincing as athletes, neither Miller belongs on a movie screen; personal parable or not, this feels like a too-familiar trip around the bases.

The story behind Touching Home is more inspiring than the film itself, but don't let that deter you. It's the kind of can-do miracle that reminds us all that anything can happen and everything is possible.

Touching Home is stronger when it focuses on the small-town life than when it steps on the ball diamond. The decent cast elevates it to a tolerable level.

A heartfelt albeit slightly contrived drama that boasts a brave, emotionally resonant performance by Ed Harris as well as inspirational messages about the important virtues of courage, love, hope, passion and family.

On the sweet side of bittersweet, but will not rot your teeth.

Touching Home strenuously aspires to the same sort of greatness that has alluded many a film before it, like the heavy-handed, Gone with the Wind-grubbing Raintree Country.

The story behind brothers Logan and Noah Miller getting their movie made is almost better than what's on screen but the film is heartfelt and engaging enough to be worthy of attention.

This thing is marketed six ways to Sunday, designed and directed for every occasion. The finished movie is almost beside the point.

Nice, slow moving, touching biodrama. Ed Harris is wonderful, as usual. Obviously not the biggest budget, but very often this makes for a more hearfelt film. I would put this one in that category. Really well done with alot of heart...