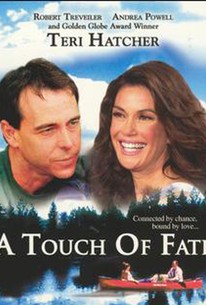 Two people dealing with failing relationships unexpectedly cross paths in this romantic drama. Megan (Teri Hatcher) has left New York City and her career in real estate to come to the small southern town of Chester, NC, where she hopes to revive a slowly dying long-distance relationship with her boyfriend, Craig (Daniel Green). Meanwhile, Ray (Rob Treveiler) is a lawyer who, after several years in Los Angeles, has reluctantly come back home to Chester to care for his mother, who does not have long to live. Adding to Ray's woes is his less-than-cordial relationship with his brother James (David Andrews) and sister Betsy (Jacqueline Anderson). One night, Kenny (Gil Johnson), a local man with a long history of bad luck, stumbles out of a bar after a bender brought on by the news that the lottery ticket he purchased happened to be a big winner. Megan swerves to avoid hitting Kenny with her car, only to hit a truck that runs him over. As Kenny's wife and son try to claim the prize after he dies, the tragic accident brings together Megan and Ray, who discover they may have found what their lives have been missing after leaving the big city.

Chad Beckim
as Bartender
View All

Critic Reviews for A Touch of Fate

There are no critic reviews yet for A Touch of Fate. Keep checking Rotten Tomatoes for updates!

Audience Reviews for A Touch of Fate

A Touch of Fate Quotes