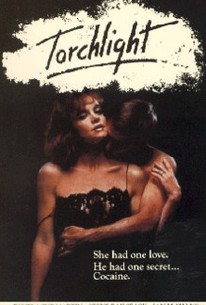 Not quite reaching as far as its storyline would permit, this film on the addiction and downfall of an otherwise successful married man is not always successful itself. Lillian (Pamela Sue Martin) is commissioned to do a painting for Jake Gregory (Steve Railsback), who owns a Los Angeles construction firm. As they proceed up to the top of a project in a cage elevator, the attraction between them rises even faster, and after the usual romantic and personal interludes, the two of them decide to marry. On their first anniversary, Jake gives Lillian diamond earrings, and a painful ear-piercing ensues, played out with sexual undertones. The couple have no major problems until one day they meet the villainous Sidney (Ian McShane) who invites them to his home where he introduces them to freebasing cocaine. In the long run, Lillian backs away, but Jake quickly becomes addicted, though their initial reactions to the drug are the opposite. During the remainder of the film, Jake's life deteriorates steadily, as no one and nothing is able to come between him and the cause of his destruction.

Arnie Moore
as Richard
View All

[Ian McShane] is irrepressibly slimy and entertaining. Not since Malcolm McDowell played a creep Nazi (in a movie I have otherwise managed to forget) has a villain done such solo salvage work on his scenes in a terrible film.

There are no featured reviews for Torchlight at this time.