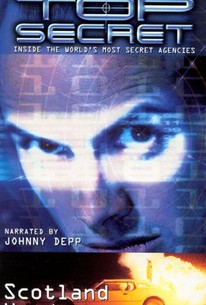 This documentary is part of a series that investigates the investigators. Delving into the covert practices of the world's most elite spy organizations, the film focuses in this episode on Scotland Yard. The name "Scotland Yard" conjures up images of Sir Arthur Conan Doyle'sfamous sleuth Sherlock Holmes, pursuing criminals down foggy London streets. Criminal investigation is now more sophisticated, and the film looks at cutting edge modern detection techniques at the London Metropolitan Police Department, better known as Scotland Yard. The detective agency was established in 1829. The rear entrance of the headquarters was situated on the site of a 12th century palace used by visiting Scottish royalty; hence, the name Scotland Yard. The headquarters has since moved to a new location and is called New Scotland Yard. The film looks at some the detective agency's special duties, such as guarding visiting dignitaries and training police personnel in Commonwealth countries.

There are no critic reviews yet for Top Secret: Scotland Yard. Keep checking Rotten Tomatoes for updates!

There are no featured reviews for Top Secret: Scotland Yard at this time.