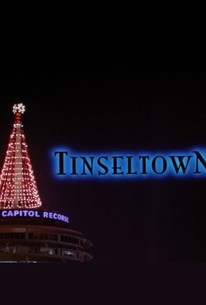 On Christmas Eve, a serial killer strikes again. At a bus stop outside the window overlooking the crime scene, wannabe writer Tiger and his idea man Max (Arye Gross) argue about whether or not to stay in "Tinseltown" and try to get their movie made. They've just arrived and already, Tiger wants to go home with good reason: they're broke and homeless. In search of shelter, they break into a self storage warehouse, are nearly mauled by an angry mob already living there and are then saved by Cliff (Ron Perlman), the manager of the place, who invites them to stay till New Year's Eve. Tiger and Max's Christmas morning meeting with a questionable producer, the downandout Arnie, inspires them to spend the holidays in storage and try to come up with "fresh" movie ideas. Rummaging through Cliff's belongings, they discover that he is the serial killer. Instead of turning him in, Tiger and Max turn this into a career move and armed with a plan, option Cliff's life story. They are convinced that the serial killer story will "kill" because they will write it from the killer's perspective. But their plan goes topsy-turvy.

Yes, the film is different, but as this film shows, that doesn't particularly mean it's good.

There are no featured reviews for Tinseltown at this time.