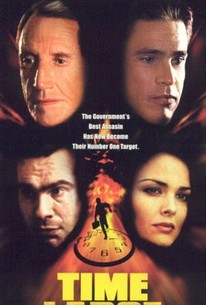 A spy discovers information that could put the entire nation in danger, and must struggle to remember the facts while he still can in this suspense thriller. Clayton Pierce (William McNamara) is an American intelligence agent who has infiltrated a cadre of Russian and Saudi gangsters in order to bust them in the midst of what he believes will be a major heroin deal. However, Pierce discovers the briefcase being passed in the deal is actually a portable thermonuclear device with the power to level an entire city; Pierce blows his cover while intercepting the bomb and is shot during the melee that follows. He manages to escape and is treated for his wounds in the agency's private clinic. However, Pierce soon finds that there are large and troubling gaps in his memory -- so much so that he doesn't even remember that he was divorced by his ex-wife Kate (Dina Meyer) six years earlier. With Kate's help, Pierce discovers the startling truth about the bomb he's discovered, and an even more disturbing secret about the agency -- that La Nova (Roy Scheider), his commander, has dosed him with an experimental drug called Oblivion that erodes the memory of anyone who used it. Time Lapse also features musician and author Henry Rollins as one of Pierce's fellow agents.

William Dixon
as Cop
View All

There are no critic reviews yet for Time Lapse. Keep checking Rotten Tomatoes for updates!

There are no featured reviews for Time Lapse at this time.