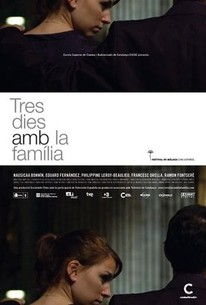 A young woman returns to the arms of her kin but encounters severe dysfunction and fracture, in this moody ensemble drama from Spain. Nausicaa Bonin stars as co-ed Lea, whose paternal grandfather dies, prompting her to return from Bordeaux, France to her childhood home in Catalan, Spain for the funeral, wake and burial. Lea's parents, Joelle (Philippine Leroy-Beaulieu) and Josep Maria (Eduard Fernandez) are separated, but put on airs for the sake of the familial appearances. Meanwhile, although Lea's two brothers, Pere (Ramon Fontsere) and Toni) (Francesc Orella) turn up for the funeral, her sister Virginia (Amalia Sancho) fails to show; as it turns out, she's just penned a not so subtle autobiographical novel that unearths many of the family's skeletons, to Pere's utter chagrin. Meanwhile, as the men struggle in vain to come to terms with their emotions, Joelle and Virginia contend with their exclusions from the family. This outing marked director and co-writer Mar Coll's premier feature.

Santiago Gimeno-Bayón
as Friend
View All

There are no critic reviews yet for Three Days with the Family (Tres dies amb la familia). Keep checking Rotten Tomatoes for updates!

There are no featured reviews for Three Days with the Family (Tres dies amb la familia) at this time.