This Film Is Not Yet Rated2006 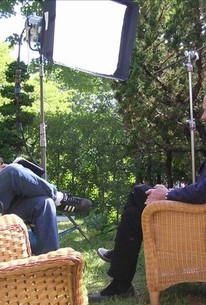 Critics Consensus: A fascinating and entertaining film that will open many eyes to the often-questioned tactics of the MPAA and their ratings sytem.

Critics Consensus: A fascinating and entertaining film that will open many eyes to the often-questioned tactics of the MPAA and their ratings sytem.

Critic Consensus: A fascinating and entertaining film that will open many eyes to the often-questioned tactics of the MPAA and their ratings sytem.

This Film Is Not Yet Rated Photos

News & Interviews for This Film Is Not Yet Rated

View All This Film Is Not Yet Rated News

Critic Reviews for This Film Is Not Yet Rated

A movie that is at once eye-opening and hilarious.

a head-spinning mystery, a brisk history of motion picture censorship in the U.S. and entertaining, often hilarious, visual proof of Hollywood's hypocrisy in his latest film.

It makes a good case for some all-American free enterprise to come up with an alternative.

...A ringing indictment of a system that's not just broken. It's rigged and needs replacing.

You can tell that Dick, whose previous documentary Derrida showed that he had serious chops, is having fun with this one. And a good part of the fun involves providing entertaining educational highlights for the public.

Not Yet Rated is well worth seeing...

[The film] has a refreshingly snotty sense of humor...Dick would put a banana peel out on Ventura Boulevard if he thought a[n MPAA] rater might slip on it.

Even if you've never given a second thought to who bestows ratings on movies or how those ranks are given, Kirby Dick's enlightening documentary will catch you up in its infectious spin of curiosity.

What the film doesn't offer is much hope -- or much balance.

Audience Reviews for This Film Is Not Yet Rated

An excellent documentary that exposes this veiled type of censorship and a group of hypocritical moralists who find themselves in the position to decide what we can and cannot watch, using a questionable system that benefits mostly the interests of movie studios and corporations.

Terrific documentary on film censorship, This Film is Not Yet Rated takes a look at the MPAA the organization who give films its ratings. Director Kirby Dick interviews some prominent filmmakers who have had their films certified with unwanted ratings due to the amount of explicit content in their films. The film shares the points of view of the filmmakers and gives us insight into how unfair the rating system really is. I thoroughly enjoyed this film, and it does a great job at telling the story from the point of view of the people that make the films. For me, I think it's preposturous for someone to tell me what I can, and cannot watch. As you get older, you realize that film is an art form, and how wonderful films can be. By censoring them and telling the filmmakers they have to cut their work, the MPAA waters down, and in many ways destroy the intention and goal for the filmmaker to entertain its audience. Films should be uncompromising and many movies out there are tasteless, extreme and offensive, but the best judge of what to watch is you. This Film is Not Yet Rated is an eye opening film and it should be seen by every film lover. This is a near perfect documentary that finally tells the side of the filmmakers and how the MPAA butchers their art. Brilliant, funny and at times unfair in the sense that one organization has practically given themselves the right to judge what is best for us to watch, This Film is Not Yet Rated is a well crafted must see documentary.

Almost right after watching A Serbian Film, I stumbled across a documentary that addressed the idea of corrupt movie censorship head-on, and the result is so much more rewarding. Interviewing many of today's filmmakers who have had their films sanctioned by the MPAA, director Kirby Dick tries to get at the heart of what exactly is the criteria used when applying these ratings - G, PG, PG-13, R, NC-17 - to films, and who are the people who make such decisions. What follows is something quite disturbing. From first hand accounts of people who have worked at the MPAA as well as filmmakers who have had to battle to get their films "properly" rated, we learn that there is no real criteria that distinguishes an R from an NC-17, and that the decision makers are not only anonymous to the public but security measures have been set up to protect these people from ever being known. This Film is Not Yet Rated shows just how much a particular rating can affect the box office performance of your film, and beyond that, how accessible your film will be to the general public. In one scene you learn that most theatres and big retail chains will not carry an NC-17 rated film. Talk about limiting freedom of expression. Also, through comparisons between how lenient the MPAA is towards violence as opposed to sex, how big studio films will receive detailed and specific ways to get their films tailored to a specific rating while independent filmmakers are left with nothing more than a vague response, this documentary reveals an organization that doesn't know what it's doing. Instead, it is a system designed as a false safeguard to parents based on some false moral ground that Uncle Sam is watching out for you and that "somebody is thinking of the children." But it's a joke. Filmmakers can argue their ratings on what they think is suitable for a particular rating, but if there are no standards set out for these ratings, how can any of these ratings be legitimate?

It's a more informal documentary that I wasn't expecting. It was pretty entertaining though. MPAA seems like a sketchy organization.

This Film Is Not Yet Rated Quotes