There's Something Wrong With Aunt Diane2011

There's Something Wrong With Aunt Diane (2011) 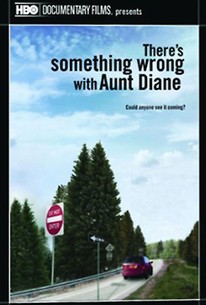 Director Liz Garbus explores the mystery behind the tragic Taconic State Parkway accident that claimed eight lives, and was deemed one of the worst ever in the history of New York State. When Diane Schuler, her son and daughter, and three nieces departed from an upstate New York campground on July 26, 2009, by all accounts their drive home to Long Island should have been an uneventful one. Within just four hours, however, Diane and most of her young passengers, as well as the three passengers in a separate SUV, were all dead. For reasons unknown, Diane had driven the wrong way on the Taconic State Parkway for four miles, crashing directly into an SUV and causing an accident that would send a shockwave of grief across the nation. The sole survivor of the accident was Diane's young son Bryan. When the toxicology reports were completed, the authorities announced that at the time of the collision Diane's blood alcohol level was .19%, and that there was also a significant amount of THC in her system. But were alcohol and marijuana really to blame for this awful misfortune? By all accounts, Diane was a devoted mother who aimed for nothing short of perfection in both her career and her family life. Upon closer inspection, however, it was soon revealed that Diane had a troubled family history as a young girl - one that she still struggled with well into adulthood. In this documentary, filmmakers trace the efforts made my Diane's family to seek an alternate cause for the crash that could clear her name, and talk with the family of Guy and Michael Bastardi, who were killed in the crash along with their friend and passenger Daniel Longo, about the way this catastrophe has affected their lives.

Critic Reviews for There's Something Wrong With Aunt Diane

The movie offers a few plausible explanations as to what might have been wrong with Diane Schuler, but ultimately it tests her family's, and its audience's, ability to accept without understanding.

Audience Reviews for There's Something Wrong With Aunt Diane

There are no featured audience reviews yet. Click the link below to see what others say about There's Something Wrong With Aunt Diane!