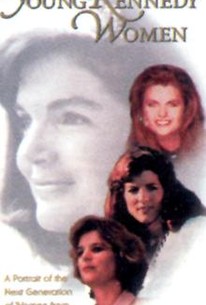 The Young Kennedy Women is a biographical portrait of the women of one of America's most well-known political families. With family photographs, interviews, and home movies, the documentary chronicles the public and private lives of the "next generation" of Kennedy women. Caroline Kennedy, Maria Shriver, Kerry Kennedy, and Kathleen Kennedy are included in the 50-minute program, which also features Senator Edward Kennedy discussing the strengths of the Kennedy women.

Lee Grant
as Narrator
View All

There are no critic reviews yet for The Young Kennedy Women. Keep checking Rotten Tomatoes for updates!

There are no featured reviews for The Young Kennedy Women at this time.