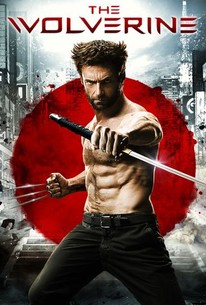 Critics Consensus: Although its final act succumbs to the usual cartoonish antics, The Wolverine is one superhero movie that manages to stay true to the comics while keeping casual viewers entertained.

Critics Consensus: Although its final act succumbs to the usual cartoonish antics, The Wolverine is one superhero movie that manages to stay true to the comics while keeping casual viewers entertained.

Critic Consensus: Although its final act succumbs to the usual cartoonish antics, The Wolverine is one superhero movie that manages to stay true to the comics while keeping casual viewers entertained.

Hugh Jackman returns as Wolverine in this sequel to the member of the X-Men's first solo outing. Mark Bomback and The Usual Suspects' Christopher McQuarrie penned the script, which takes its inspiration from the Chris Claremont/Frank Miller Marvel miniseries from the 1980s dealing with the character's adventures in Japan as he fights ninjas in the ceremonial garb of the samurai. Knight and Day's James Mangold directs. ~ Jeremy Wheeler, Rovi

Will Yun Lee
as Harada

Louis Okada
as Pat Down Guy
View All

News & Interviews for The Wolverine

View All The Wolverine News

Critic Reviews for The Wolverine

Japan seems valued more for its scenery and costumes than anything having to do with its character.

It's a relief to come across a blockbuster that finds a location and stays there, rather than hopping desperately from one place to the next ...

It restores the tarnished lustre to this most fan-beloved of Marvel characters by doing precisely what Chris Claremont and Frank Miller's near-sacred 1982 run did: It pumps some feeling into the guy along with his muscles and steel talons.

Director James Mangold's film features some breathtakingly suspenseful action sequences, exquisite production and costume design and colorful characters, some of whom register more powerfully than others.

Too quickly the random fights pile up -- so many yakuza thugs who forgot to wear chain mail that morning -- and you yearn for the film that might have been.

The Wolverine is a fantastic appetizer of the collaboration between James Mangold and Hugh Jackman while Logan is the main mouth-watering three-course meal. A vast improvement over X-Men Origins: Wolverine.

The Wolverine being "pretty good" seems like a miracle. It isn't. But it's watchable, satisfying and a less harmful way to scratch your Jackman itch than his last few offerings.

Giving credit where it's due, without Hugh Jackman's versatility, this kind of complicated blending of genres into a Marvel comic story would not have worked.

is a refreshing change of pace for a superhero film to directly deal with the emotional fallout of its predecessor.

Caught in a time warp where wounds heal and faces never age, Logan is haunted not by death but by life.

Jackman is as perfect for Wolverine as he was when he first played the character 13 years ago... He's a commanding presence throughout and, as you might expect, is the film's engine.

Audience Reviews for The Wolverine

The action and fighting scenes are exciting enough to save this movie from being a complete dreck, but even so the script is badly written and with many irritating clichés. At least Hugh Jackman has a magnetic presence that makes it generally entertaining.

It may be a little more generic at times than you may want, but "The Wolverine" has many special moments that will genuinely leave you in awe. This time around, Logan is recovering from the events in the third X-Men film and trying to cope and get over Jean's death. His anxiety has him making decisions without even thinking twice, and he ends up in places that he never should have been in the first place. Meeting new people, getting in fights, losing powers, and overcoming obstacles are all things that Logan must face throughout this film, and most of them are very interesting, but the ending of the film is just handed to the audience and feels very tacked in. Besides a few poor actors, and a slightly messy screenplay, "The Wolverine" is one of my favourite films in the X-Men universe.