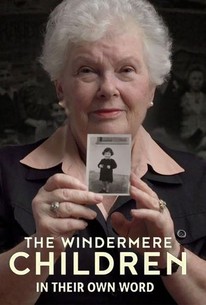 The story of the pioneering project to rehabilitate child survivors of the Holocaust on the shores of Lake Windermere. In the year that marks the 75th anniversary of the end of World War II and the Holocaust, this powerful documentary, which accompanies the BBC Two drama, The Windermere Children, reveals a little-known story of 300 young orphaned Jewish refugees, who began new lives in England's Lake District in the summer of 1945. With compelling testimony from some of the last living Holocaust survivors, the film explores an extraordinary success story that emerged from the darkest of times, all beginning with the arrival of ten Stirling bombers carrying the 300 children from Prague to Carlisle on 14 August 1945. The survivor interviews include extraordinary first-hand accounts of both their wartime experiences, separation from their families and the horrors they experienced, but also their wonder at arriving in Britain and their lives thereafter.

Lukasz Zieba
as Juliusz
View All

News & Interviews for The Windermere Children

View All The Windermere Children News

Critic Reviews for The Windermere Children

Impressively devoid of sentimentality, grim in its facts, and moving in its portrait of the determined effort to rescue these young lives.

The young Polish actors playing the teenagers did a harrowing subject proud.

It is rare indeed to find a television dramatisation, even one concerned, as here, with the Holocaust, that exercises such a raw emotional power.

Set 75 years in the past, The Windermere Children makes a brief nod to the contemporary persistence of xenophobia and anti-Semitism -- and the moral necessity of combatting such hatred.

Few children suffered more grievously than the young survivors of the Holocaust, and their reintroduction to a society of caring strangers is the subject of PBS' The Windermere Children, an overwhelmingly moving 90-minute movie based on a true story.

The Windermere Children told this story as a drama, which is a good thing, as memories can't be allowed to fade, and it all helps, but it was serviceable rather than anything more memorable.

Watching it, I came to regard its longueurs as necessary breathing spaces and its lapses into sentimentality as forgivable.

There's no bombast, no histrionics in the film. It's full of quietly devastating moments.

The horror was emphasised less than the humanity: we got to know seven teenagers and watched the well-meaning but futile attempts of psychologists and teachers to help them.

There are no featured reviews for The Windermere Children at this time.