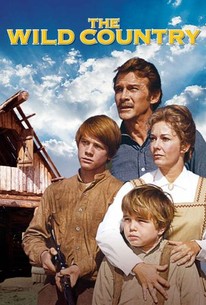 Fires and tornados add to the difficulties of the Tanners, a Pittsburgh family of three which has pulled up stakes and moved to what they thought would be a fully functional ranch in Wyoming. Instead they find a broken down ruin. In addition to having to rebuild and battle the elements, they have a fight on their hands. Their cattleman neighbor controls the water, and he hates farmers. As the mother (Vera Miles) gets the household in order, the father and son (Steve Forrestand Ron Howard) struggle the get the ranch in working order; they are aided by a mountain man, Thompson (Jack Elam), and Two Dog, a Native American (Frank de Kova). When the showdown over water rights comes, these two new friends are at their side. This Technicolor western, set in the 1880's, is loosely based on the book "Little Britches," by Ralph Moody.

Larry D. Mann
as the Mashal
View All

Critic Reviews for The Wild Country

There are no critic reviews yet for The Wild Country. Keep checking Rotten Tomatoes for updates!

There are no featured reviews for The Wild Country at this time.